I like the older dances in the repertoire as well as the new dances that have been created in recent decades. Perhaps it's that I started dancing when the dance repertoire was smaller, when every evening included many of the so-called chestnuts, those traditional dances that have been at the core of the contra dance repertoire for generations. (In this photo at right, I'm talking at Pinewoods Camp about Hull's Victory, with Captain Hull behind me.)

More than that, I think it has something to do with dancing in small New England halls that have been the center of village social life for ages. In such a setting, it's easy to imagine the room filled with dancers ages ago doing those same figures to the same tunes, a great chain of being that links us today with those who have gone before.

I've given several dozen talks on the history of contras and squares, in venues ranging from weeklong dance camps to brunch in a living room to more formal presentations. For one such talk, at Oberlin College in 2010, searching for a title that had some pizazz, I came up with "Contras vs. Squares: A No-Holds Barred Look at 350 Years of Country Dance History." At the 4th of July Weekend in 2015 at Pinewoods camp, I had an hour-long slot for three days. Several dozen campers showed up each day, and that format gave plenty of time for lively questions and exchanges of information. When the technology permits, I enjoy adding audio and/or video clips to such talks, drawing on an extensive collection of recordings and moving images. 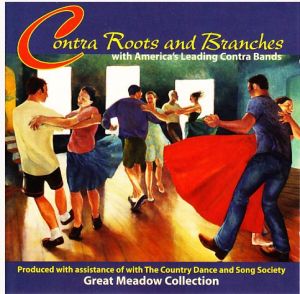 I've published many articles about particular dances in the CDSS News, which were collected into Cracking Chestnuts, a book co-written with my fellow dance enthusiast, David Smukler. I also wrote liner notes on dance history for the Contra Roots and Branches CD, and I was honored to contribute a chapter on contra dance history for the tenth edition of Dance a While.

In recent years, as a result of what I've learned coordinating the Square Dance History Project, I've been able to incorporate more information about traditional and modern squares, including many wonderful live audio clips of influential square dance callers. Square dancing in America was huge, involving millions of dancers, and the history of the modern square dance movement has some interesting lessons for the contra dance scene.

Note: If you're interested in having me give a history presentation to your group, fee support may be available to nonprofit organizations through the New England States Touring (NEST) program of the New England Foundation for the Arts. Visit www.nefa.org for more information.