What's in a dance program?

I was struck once again, as I was planning my English country dance for Sunday, at the number of variables that get juggled to make a good program.

You start out by knowing that you want some simpler dances at the start. There's always a good chance that there will be less experienced dancers and maybe some—hooray!—who have never done this form of dance before. Those simpler dances give folks a chance to learn some of the basic terminology, which can be a confusing blur of jargon to an outsider's ear: "set and turn single," crossover mirror heys," "half a double figure eight," and so on.

The other great thing about simpler dances is that the experienced dancers can spend more time dancing and less feeling that they need to help the newcomers.


One Sunday night about six months ago, I was calling at a community dance an hour from home. Good band of talented young musicians and a friendly crowd. We had some hard-core contra dancers—one of whom left early on, perhaps because the first few dances weren't challenging enough for his taste—and some absolute beginners, with a nice mix of ages. One young girl, maybe 4 or 5, apparently comes often; she was dancing with her dad and she had clearly absorbed the most important things to know: keep smiling, look at the people around you, keep moving, and hold out your hands. Later in the evening, second dance after the break, we were down to short sets, 7 or 8 couples in each. I looked at one line, saw a bunch of adults, and announced Money Musk, a tune the band had been itching to play and a dance that I knew would be familiar to many of those present at that time. No sooner had I had announced the dance than I noticed a different young girl lined up in another set.


It's been a busy few days! Three very different dance events, back to back: 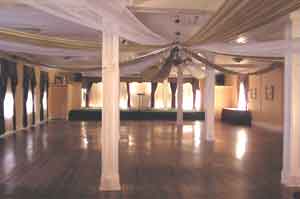 I called at Sharpes Assembly, an English country dance event held two hours south of Orlando in a historic hotel in Sebring, Florida. Does that name sound familiar? It's the same town where where the annual 12-hour car race is held. This event was a bit mellower. ;-)  The venue was advertised as "old Florida," and it was a lovely change from the Florida of neon and strip malls.

In addition to dance parties on Friday and Saturday nights and the farewell dance on Sunday, I led one workshop on dances set to tunes by Turlough O'Carolan, the great Irish harper of the 1700s, and another featuring contemporary choreography, a nod to the many fine dances being composed these days.

It was a mixed group of dancers, including some with decades of experience and some who were quite new. (I'm always amazed that someone new to an activity would sign up for a full weekend of it... can't tell whether this is a case of "fools rush in" or a brave heart.) Fortunately, the experienced dancers were helpful and the workshop programs included a few more difficult dances that turned out well. 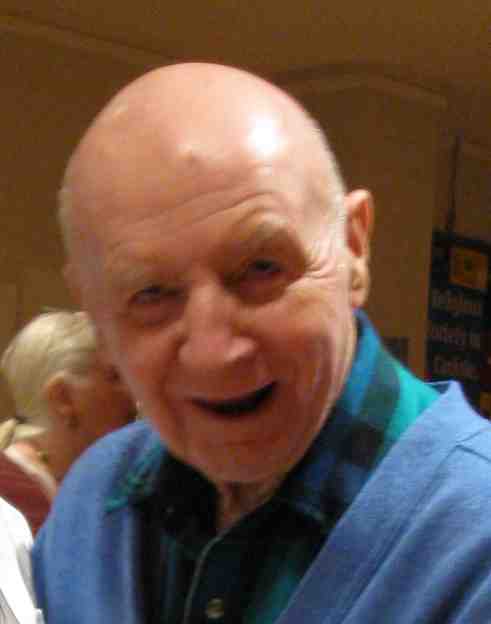 I had the great pleasure of participating in a special dance evening on Sunday. Dubbed "Ernie's Favorites," the program honored the memory of the late Ernie Spence (1925–2011), a beloved dancer in the Boston area.

For many years a vice-principal of the Reading, MA, High School, Ernie was a long-time dancer, going back to summers in the late 1940s working at the Sargent Camp in the Monadnock region of New Hampshire. He and his wife Joan became enthusiastic dancers, and they started making regular trips from the Boston area on weekends to dance to the calling of Duke Miller at his popular dance series in Fitzwilliam, NH.

In an interview for the "Paid To Eat Ice Cream" video, the Spences recalled, "The phone would start ringing on Monday with kids calling to reserve a space for the weekend." Ernie and Joan would fill up the back of their station wagon with eager students; that's how noted dance musician Peter Barnes and many others got their first exposure to the world of traditional squares and contras.

Ernie was a delight on the dance floor, a smooth and stylish dancer who took gentlemanly care of his partners.

Thanks to the Arts Council

Here 'tis, as I step boldly into cutting-edge 1990s technology—no RSS feed, no Twitter account, no Facebook, but a website, long in coming. When I retired from teaching, I thought, "Well, now I'll have some extra time. I can probably get a website up and running by the fall." That was more than eight years ago.

Friends had been telling me for ages, "You need to have a website."

"You need one to get more calling gigs."

"I don't know if I want more than I have right now. The calendar's pretty full already."

"Well, people need to be able to find you."

"Seems like people who want to reach me are able to do so just fine without one." (And so on... best not to attempt in print an approximation of my attempts at a thick accent as I slipped ever more deeply and cheerfully into my role as a North Country curmudgeon.)

You need to know that we don't have a telephone machine or a microwave, and the one television screen in the house can be used only for playing movies on DVD.